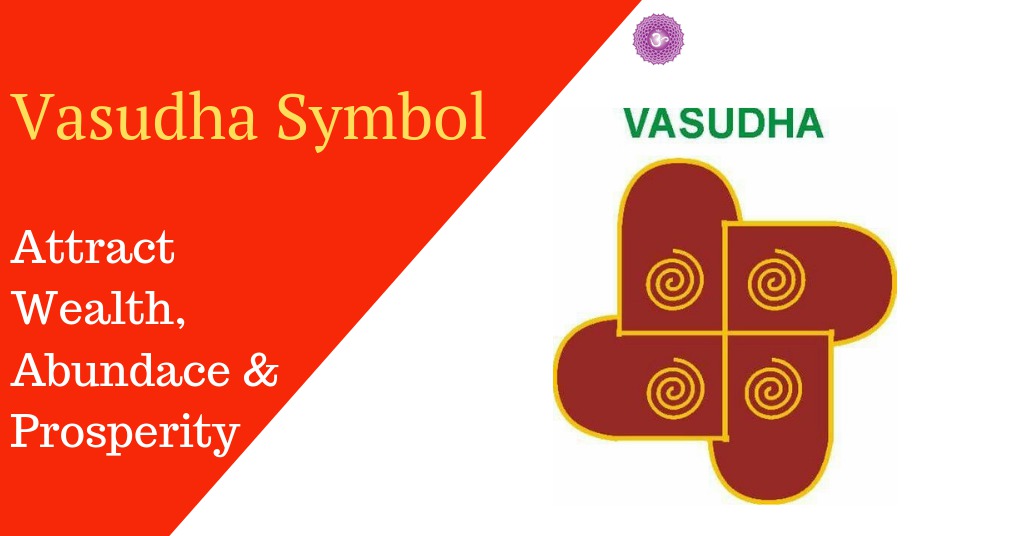 Money is an energy, and we can tap this energy with many tools and techniques, and we have learned that in detail in Money Reiki.

In Reiki also, there are many symbols, which will help us to attract wealth, abundance and prosperity, especially Cho Ku Rei (CKR) is a multi-purpose symbol which is a powerful tool for attracting money.

In Karuna Reiki, Zonar is a symbol, which can give us desired results regarding attracting money, it is a powerful symbol of Karuna Reiki.

There are many other symbols which can be used for attracting wealth, abundance and variety, at the same time you can use different symbols from Usui Reiki, Karuna Reiki, Money Reiki to produce the desired result.

Vasudha Symbol is another powerful symbol for attracting wealth, abundance and prosperity. 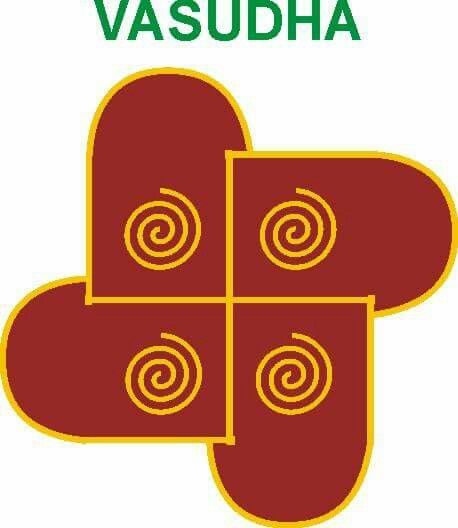 Vasudha Symbol is a very famous and powerful symbol for attracting money, for its simplicity and usefulness.

What is the Vasudha Symbol?

Vasudha Symbol is the modified version of the Swastika Symbol.  The swastika is the most pious, and well known for its auspiciousness.

The word swastika is derived from the Sanskrit root swasti, which is composed of su (‘”good, well’) and asti (‘it is; there is’).The word swasti occurs frequently in the Vedas as well as in classical literature, meaning ‘health, luck, success, prosperity’, and it was commonly used as a greeting. The final ka is a common suffix with the same meaning as the English adverbial suffix -ly, so swastika means ‘associated with well-being’

In General, Swastika is a clockwise flow of energy, and its spirals are to be drawn clockwise from outside to inside.

You will also find anti-clockwise Swastika, some people tend to relate it to negative, or tantra vidya.  Some describe the versions of the swastika as Pravruti (clockwise) and Nivrutii (anti-clockwise). 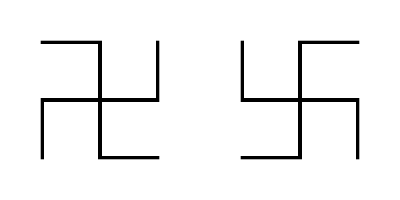 Swastik Symbol was created to symbolize the ‘Sun’ or the Surya Deva as it was marked as the center and the source of energy for the planets and because of sun, the life existed on earth.

The four arms of Swastika stand for four main directions: North, South, East, and west and according to the Hindu Scriptures, these directions were known as Rig, Sama, Yajur, and Atharva.

In Hinduism, Swastika is the seat of Gods, wherever you draw Swastika, you invoke the energies of these higher elements. 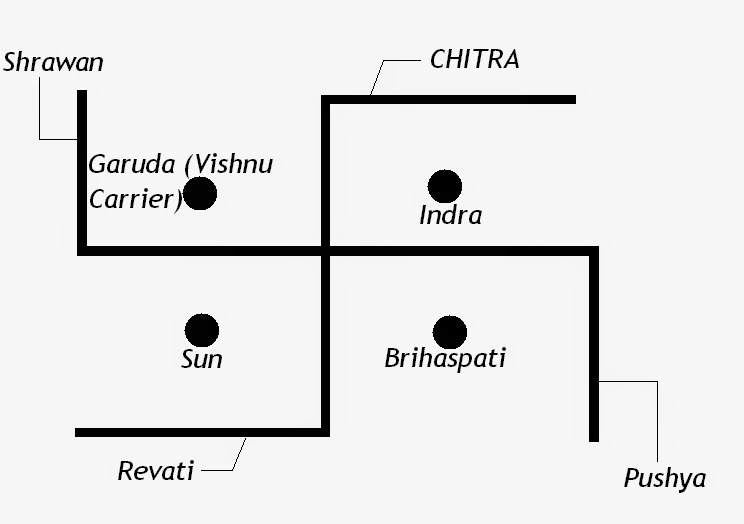 The swastika is over 3000 years old, one of the oldest symbol in existence.

Now you know the importance of the Swastika symbol, and how powerful it is, draw it in any direction for attracting aubundace.  It is the most auspicious symbol and you can use it without any hesitation.

How to draw Vasudha Symbol? 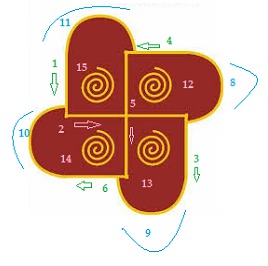 The four spirals remind me of Cho Ku Rei – One of the most powerful symbols of Usui Reiki, which made the Vasudha Symbol invincible and unbeatable.

Wherever you put the Vasudha symbol, rest assured your goal or desire will be fulfilled, if its in the highest interest of you.

Meditate and Manifest with Vasudha Symbol

I always recommend first to meditate on the symbol, which you are going to use.  Why?  Every Symbol or in that matter smallest thing or picture, an image in this world, has its own energy.

Each and every object comes with a predefined energy circuit if you just pick up any image or symbol, and try to incorporate in your daily practice, it will take some time to adjust to the energies of the symbol.

When you first try to meditate on the symbol, you let the frequencies and vibrations of the symbol, to get slowly absorbed in your system.

Not to forget, we all come with our baggage of karmas, from the time period of unknown.  It may take time to adjust to your aura or vibrational frequencies.

when you daily, even for a few minutes say 5 to 10 minutes, meditate on the symbol, it will be more easily absorbed in your aura.

For the best results, try to draw the Vasudha symbol on the paper with Red colour, daily till you get accustomed with it.

You should keep practicing with pen and paper, till you can easily draw it in your mind without delay of 3 seconds.

Any issue relating to money and abundance can be tackled with the Vasudha symbol.

Print the above Vasudha Symbol in 2×2, laminate it and keep it in your wallet.  It will send healing energies to money.

You can also put Vasudha Symbol in your locker, or in cash box to receive a continuous flow of money. If you observe the Vasudha symbol, you will see a definite pattern of continuity.  It represents the continuity of money flow in your life.

Draw Vasudha Symbol on a paper with Red colour, on the back of paper write your money goals or affirmations in the present tense.

Send the Reiki energy for 21 days, you will see the miraculous results.  You can use this method for solving your money related problems or giving money healing to your clients.

All money related problems arise from the imbalance of root or mooladhara chakra.  You can visualize Vasudha Symbol on the Root chakra, and give Reiki healing.

Also, you can visualize Vasudha symbol, on all seven chakras, as each chakra has a specific role and imbalance in one chakra negatively affect the health of all other chakras.

Water has the most absorbing capacity, and water is the easiest element to charge with.  Use a laminated Vasudha Symbol and keep a glass of water/ water bottle on it for one minute.  Your water will get energized with vasudha symbol energies.

Daily drink this charged water and see the difference in your financial problems.

Do You Need to Attune to Vasudha Symbol?

I personally think it is always better to receive an attunement from a RMT, before start using any symbol in your daily practice.

If you are not in a contact with any RMT, I will attune you to Vasudha Symbol for Free.

Send your requests to shubh@reikiamazes.com, and I will send all of you a Free Vasudha Symbol Attunement.

Abundance & Prosperity to All!