The Sanskrit name for the Third Eye Chakra is AGNYA CHAKRA  which means to command.  The Agnya Chakra and the Pineal gland are same and one.  It  Controls many important functions of the human body, like growth, blood pressure, thyroid glands, sex organs, pregnancy, childbirth, nursing, temperature regulation , water-salt concentration etc.

Why  Is It named as the Third Eye Chakra ?

“In Theosophy, it is believed to be connected with the Pineal gland. According to this theory, humans had in far ancient times an actual third eye in the back of the head with a physical and spiritual function. Over time, as humans evolved, this eye atrophied and sunk into what today is known as the pineal gland.”- Wikipedia

Recent research clearly indicates the fact that the Pineal gland is actually the Third Eye mentioned in Hinduism and other many cultures like Sumerian, Greek, and Roman traditions.

“Under the skin in the skull of a lizard lies a light-responsive “third eye” which is the evolutionary equivalent of the bone-encased, hormone-secreting pineal gland in the human brain.  The human pineal is denied access to light directly, but like the lizard’s “third eye,” it shows enhanced release of its hormone, melatonin, during the night. The challenge is to understand the mechanisms which regulate the synthesis and release of melatonin.  The pineal gland is the ‘mind’s eye.’  Dissected, the reptile’s pineal looks much like an eye, with the same shape and tissue.” – Dr. Cheryl Craft, Ph.D.,  Chair of the Department of Cell and Neurobiology, University of Southern California.

What’s fascinating is that the interior of the pineal gland actually has retinal tissue composed of rods and cones (photoreceptors) inside its interior lining just like the eye, and is even wired into the visual cortex of the brain. “The photoreceptors of the retina strongly resemble the cells of the pineal gland”. Dr. David Klein, Science Daily.  It even has vitreous fluid in it as an eye does. 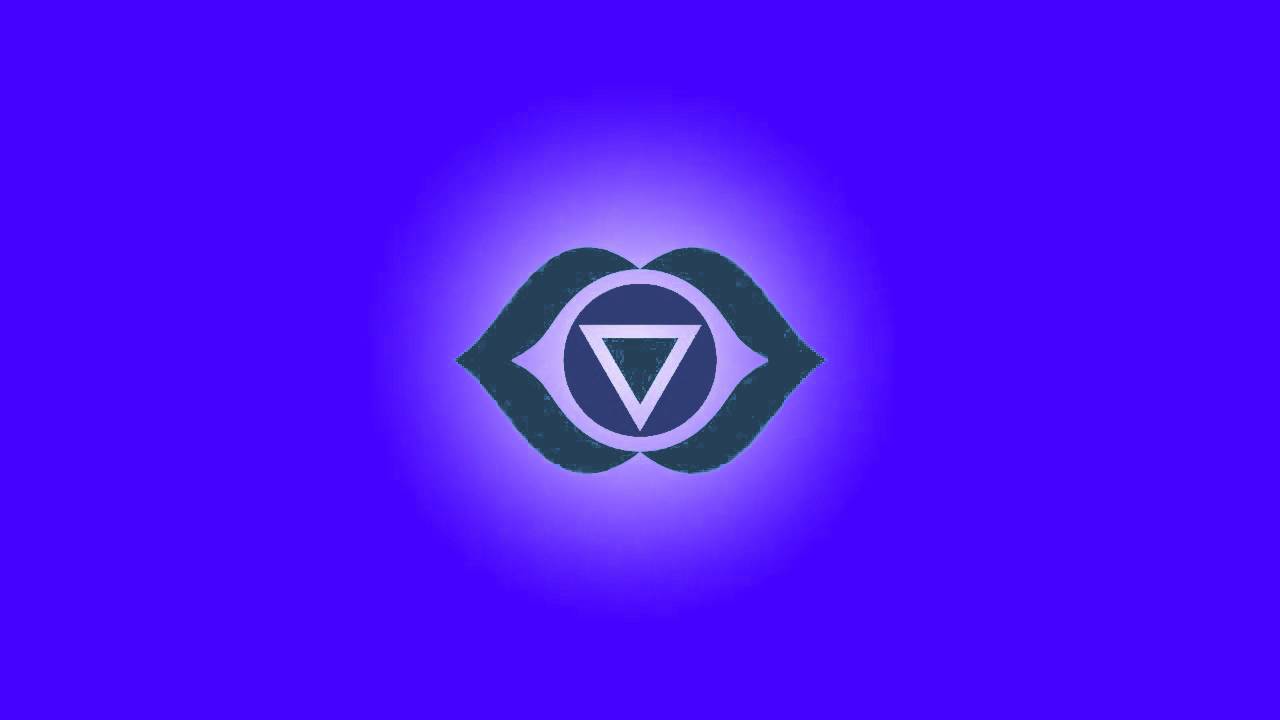 The Chakra is located between the eyebrows, directly behind the center of the forehead, at the base of the nose.

The appearance of the Agnya/ Third Eye Chakra

The Beej  / Seed Mantra for the Agnya Chakra is OM.

INSIGHT, INTELLECT, AND INTUITION are the main attributes of the Agnya / Third Eye Chakra.  The imbalance in this chakra, leads to lack of imagination and intuition which results in poor decision making  and self-deception

When it is awakened person move toward Self-realization and one becomes a detached witness.

on the physical level, the imbalance in this Chakra leads to Parkinson, cerebral palsy, Motor Nuron disease, multiple senioritis, dementia, macular degeneration, vertigo, while depression and anxiety affect on the mental level.

If the Agnya chakra is under active the person may face the difficulty in understanding the spiritual side of the world,  while overactive chakra tends to be unsympathetic, over intellectual in the thinking.

The practice of TRATAK (steady gazing ) and of SHAMBHAVI MUDRA (gazing at the space between the eyebrows).

The chanting of OM  is immensely helpful for the balancing of the Agnya / Third Eye Chakra.

Raw organic chocolate in its purest form can help detoxify the Pineal gland, because of Cacao’s high anti-oxidant content.

Raw apple cider vinegar is very helpful due to its malic acid properties which are a natural detoxifier.

Organic food such as Broccoli, almonds, Oranges as well as the use of beet and dried plums are very effective.

I AM OPEN TO THE WISDOM WITHIN ME.

The element of the Agnya / Third Eye Chakra is LIGHT.

The balanced Third Eye Chakra is very important in our material as well as the spiritual journey.  It is not only the sixth chakra in the chakra series but also the center of our sixth sense.

In this Chakra Series, in the next article, we are going to discuss Sahastrara or Crown Chakra.

What does it mean when it says a chakra with a thousand petals? we are going to discuss it in Sahastrara or Crown Chakra.

Hey Friends, if you have any questions regarding this Chakra series or any suggestion pl let me know in the comments below.