In “Symbol without meaning” Joseph Cambell defines the symbol as ” A symbol is an energy evoking and direction agent.”  He further defines a Symbol as “a symbol, like everything else, shows a double aspect.  We must distinguish, therefore between the ‘sense’ and the ‘meaning’ of the symbol.  It seems to me clear that all the great and little symbolical systems of the past functioned simultaneously on three levels: the corporeal of waking consciousness, the spiritual of a dream, and the ineffable of the absolutely unknowable…..can only be sensed…..a quest for and formulation of experience evoking energy awaking images.”

Very interestingly, Paul Tillich defined symbols as dead and living symbols.  For him, a living symbol can reveal to an individual a hidden level of meaning and transcendent and religious meaning.  When a symbol loses its meaning and power for an individual and culture, it becomes a dead symbol.  The symbol itself is substituted for the deeper meaning it intends to convey.

Carl Jung, a Swiss Psychologist, defines a Symbol as ” to stand for something unknown and that cannot be made clear or precise.”

Symbols are complex and their meanings can evolve as the individual or culture evolves.

By definitions and discussion, it’s very clear that the symbol’s accurate meaning cannot be defined.  The meaning of a symbol and its very nature, how you can use these symbols in Reiki, may differ from person to person, though their basic description, nature, and purpose are broadly defined.

The meaning, nature, and the depth of each symbol reveal themselves when we work with these symbols.  The more we give, the more we get, this simple principle applies to all Reiki.

Symbols are keys to solve any problem.

There are various symbols in Reiki and other forms of Reiki, for specific use.  The symbols are a tool.  A person faces many problems on different levels of existence, maybe on a physical, mental, emotional, or spiritual level.  A specific symbol or a group of symbols can effectively work on these problems, so they are the keys to a person’s problematic area where he needs healing.  Symbols can be used in every situation possible.  Use your intuition, be creative, and use symbols sparingly.

Are symbols Sacred or Secret?

Definitely, Symbols are Sacred and should be treated with respect.  There is a continuing debate over should Symbols be discussed with the uninitiated or one who is not attuned?

Symbols have a specific meaning, their own purpose, and their own ways of working.  Nowadays, Reiki and Symbols are widely discussed on The Internet, but unless and until Reiki Master attuned to a person, these symbols can hardly be used effectively.  While Attuning a person, Reiki Master imprints these symbols in a person’s aura, so after the attunement, whenever necessary the person can activate these symbols, in a preferred way.

Can Symbols be used with ill intention?

Neither Reiki nor Symbols can be used with a wrong intention.  Reiki is intelligent energy, whenever it is activated, it works for the highest interest of the person.  You can not direct Reiki for a particular outcome, nor can you direct Reiki to flow in a particular area, Energy flows where needed.

Traditionally Four Symbols are attuned in the second and third level of Reiki in Usui Sensai.

Usui Reiki Symbols have actually been created from Japanese Kanji.  they are simply words from the Japanese Language.

The name of the first two symbols Cho Ku Rei known as Power Symbol and Sei Hei Ki better known as Mental healing symbol, themselves may be a combination of Sanskrit and Japanese Kanji.  Japanese Buddhists sometimes combine Ancient Sanskrit with Japanese Kanji in their sacred writings.

There are several Symbols in Karuna Reiki, Which are very useful when using in combination with Traditional symbols of Usui Reiki,

In general, we can say that symbols can be used for the following reasons 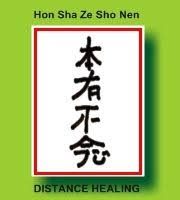 Starting the Flow of Energy

Removing pain on the physical and mental level

Giving emotional healing when it is needed

In upcoming posts, we will discuss all these symbols in a little detail, how they can be used, how combined symbols can be more useful in some situations, and some more symbols.

To Conclude, we can say, Symbols are the Secrets of the Reiki, and we are very fortunate that we can use these symbols for the betterment of society and the world.  A person is a small unit of this vast Universe.  If we use these symbols on a soul level, treating these symbols as God’s gift to Reiki Channels, for the upliftment of a person, the World will definitely be going to be a more peaceful place.

Are symbols secret or sacred?

How to Use Money Reiki Symbols To Attract Abundance & Prosperity

4 thoughts on “Symbols and Reiki”