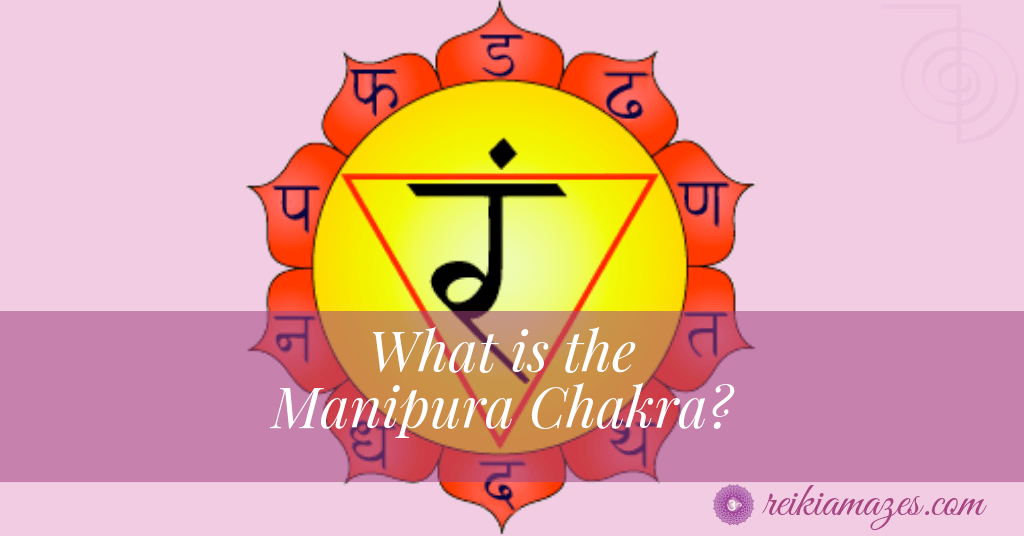 We have discussed the first two chakras, Mooladhar/Root and Swadhisthana/ Sacral Chakra so far, so now what is the Third Chakra?

The Third Chakra’s original Sanskrit name is MANIPUR CHAKRA.  It is made of two Sanskrit words MANI (Jewel) and PUR (City), so the literal meaning of Manipur Chakra is City of Jewels.  It is also called as Solar Plexus Chakra. 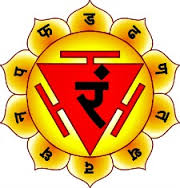 Manipur Chakra or Solar Plexus Chakra is located above the navel, at the base of the rib cage.  It is said to be the home of fire or Agni.  It governs digestion and metabolism.

In Ayurveda, we find a description of different Agni.  Ayurveda describes 13 different types of Jatharagni( digestive enzymes and fire ) of The Pachak (Stomach and small intestine) that occurs in four different stages :

The appearance of the Manipur Chakra

Beej Mantra is a one-syllable mantra, each syllable has its own vibration when we chant or recite the Beej Mantra it positively affects the said Chakra.  RAM is the beej mantra for Manipur / Solar Plexus chakra.

Manipur Chakra / Solar Plexus Chakra physically influence the stomach, digestive system, large intestine, adrenal gland, pancreas, liver, gallbladder, metabolism, and nervous system. All aspects of digestion including assimilation of nutrients are controlled by this Chakra.  It is the center of Self-esteem, willpower, and achievement.

To have a balanced Solar Plexus Chakra is very important as many psychosomatic problems are related to the dysfunctioning of this chakra.  Psychosomatic disorders can be defined as “a physical disease that is thought to be caused or made worse by mental factors” e.g.stomach ulcers, high blood pressure, psoriasis, eczema, etc.  It is a well-known fact that the mind can cause physical symptoms when we are afraid or anxious, we may develop a fast heart rate, palpitations, sweating, headaches, etc.

On a metaphysical level, this chakra is related to CLAIRSENTIENT ability, it is the ability to sense the feelings and emotions of others.  This is one of the psychic ability, some of the few are Clairvoyance, Clairaudience, aura reading, intuition, telepathy, Psychometry, etc.

Mantra therapy: The chanting of RAM is very useful for the balancing of Solar Plexus Chakra.

color therapy: The primary color of the Manipur chakra is sunny yellow, so using yellow color in wardrobe, jewelry, stationery, and in surroundings is of great help.

Element: the element of the Manipur Chakra / Solar Plexus Chakra is fire, so taking a walk into the sun, sunbathe, sitting in front of the campfire is very helpful.

The main function of Manipur / Solar Plexus Chakra on a physical level is digestion and assimilation of nutrients, but on a subtle level, a healthy Manipur Chakra also helps you to digest every experience of life, good or bad, in a healthy way and also assimilate and integrate every experience in a positive way.

The next important chakra that we are going to discuss is Anahata or Heart Chakra.  The Importance of this chakra is that it acts as a bridge between lower chakras and higher chakras.  It balances the two important aspects of life – Material & Spiritual.

If you have any questions about Manipura Chakra or any suggestion, pl let me know in the comments below.  I will be more than happy to guide you in the right direction.

3 thoughts on “What is the Third Chakra ?”