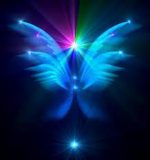 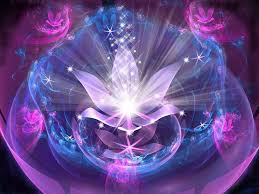 Karuna is a Sanskrit word and is used in Hinduism, Buddhism, and zen, which means Compassion.  It is translated to mean any action that is taken to diminish the suffering of others and could also be translated as “Compassionate Action”.

When individuals experience enlightenment, they report that all beings are one.

Reiki practice makes vibrational changes in you , you become more sensitive.  Reiki works on your energy centers and makes them more open and balanced.  As each energy center or Chakra tunes into its vibration, the subtle energies with related Chakra works more profoundly, and you start working with the higher vibration.

Compassion arises only when you work with higher energies. Compassion is not pity, it is not sympathy, it is not an act of kindliness, humanity or goodness.

Karuna Reiki healing is a compassionate action with guided wisdom.  As we help others and aid them in their healing process, all beings benefit.  Because of the oneness of all beings, it is understood that Karuna is not only extended to others out of love but also because it is an entirely logical thing to do.  In the same way, that you would want to heal your own wounds, you would also want the wounds of others to heal.

Karuna is the motivating quality of all enlightened beings who are working to end suffering on the Earth.

Origin of the Karuna Reiki healing

The Karuna Reiki Healing was developed by Reiki Master William L. Rand.  The symbols were channelled by Several other Reiki Masters including Marcy Miller, Mellie-Ray Marine, Pat Courtney, Catherine Mills Bellamount and Maria Abraham.  Mr.william used the symbols and found them to have great value but felt that they had more potential that what was being accessed.

Mr.william meditated on them and was guided to develop the attunement process and to call the new system Karuna Reiki.  Some of the symbols used in Karuna Reiki healing are used in other systems, but they do not have same effectiveness or healing energies as in the Karuna Reiki.

Karuna Reiki healing energy is different that Usui Reiki and in fact, most student find it more powerful than Usui Reiki.  The energy has a more definite feeling to it and works on all the energy bodies at the same time.  Students report a feeling of the energy surrounds them all over the body.  The Karuna Reiki practitioners also feel the energy passes  through all over and not simply through their hands.

Each one, Karuna I and Karuna II has four symbols, in total eight symbols are given.

Zonar works well with past lives, and karmic and interdimensional issues (those things we cannot clearly define)  Our cells can carry the memory of trauma or even ideas that we brought with us from other lives.  Zonar as well as the Usui distant symbol can be used to work through to release karma and pain from the past that is on a cellular level. 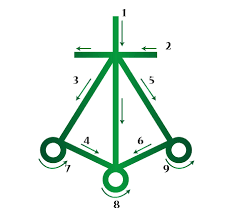 Harth can be used to heal the heart and issues related to the heart.  It is helpful in healing relationship.  It also restores our love of life and love for the things we do.  It is good for addictions of all kinds.  The best chakra to work with Harth is Anahat Chakra / Heart Chakra 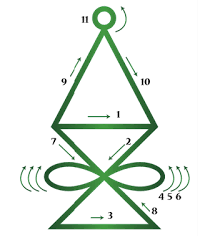 Halu is an amplification of Zonar.  The Z is completed and the pyramid is added.  It is more powerful than Zonar and works in higher dimensions and deeper levels.  It restores balance and brings about deep healing.  Use this symbol to break up negative patterns in the unconscious mind which we use to insulate ourselves from the truth.  It shatters delusion and denial.  Than clear and open a channel to higher consciousness. Works well to dispel psychic and psychological attack.  It works well with sexual and physical abuse issues. 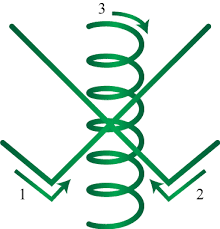 This symbol is used for grounding to the six directions and connection to the earth.  It opens the lower chakras and balances them to the Earth.  It also harmonizes the upper chakras with the lower.  It also Clears lower Chakra energies.

Rama can be used to clear crystals and to clear a room of negative energies.

Rama empowers material goals and helps to manifest.  It creates steadfastness and determination.

Since it is used for grounding and works best when uses with lower chakras, the best place to draw this symbol is foot sole. 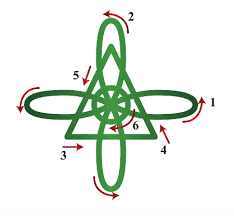 Gnosa symbol links you more strongly with the Higher Self.  It brings higher consciousness into the physical body and increases awareness.  The best place to get the maximum result is to draw Gnosa on Solar plexus / Manipur Chakra. 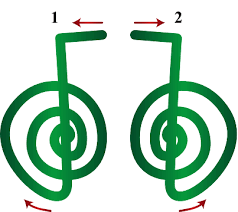 Kriya is used for physical manifestation and for healing the human race.  It is characterized by the double cho ku Rei symbol.  This symbol can be drawn on all chakras. 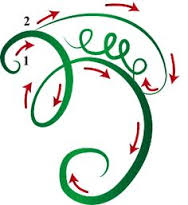 This symbol re-creates your own reality as fully your own and not as part of some one else’s projection.  Iava heals reality awarenss and allows you to take action on your own plans.  Iava can also be used to heal the mother earth.  If drawn on Heart Chakra or Solar plexus, it gives good results. 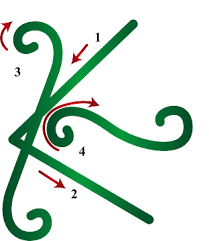 Shanti symbol can be used for manifesting the best possible results.  It release fears and nightmares and soothes the aura and creating a feeling of peace.  Shanti symbol heals the past, creates harmony in the present and releases the future.  It can be drawn on all chakras.

While using these symbols draw a symbol (which ever you want to use for any specific purpose) draw between two Cho-ku-Rei, say if you want to use Shanti, try it this way , CKR-SHANTI-CKR. You will get amazing results.  Try this method, and let me know how this works for you.

4 thoughts on “The Karuna Reiki Healing”